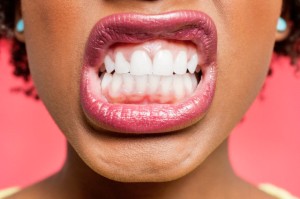 Here’s a little inspiration for every Christian young woman. I consider myself to be quite an adventurous person. I haven’t climbed Mount Everest before, gone hiking or bungee jumping but I just might do so, if I get the opportunity one day (not climbing Everest though) all for the purpose of being able to say I did something for the first time. So, adventurous me decided to jump into an expedition one day and that’s what gave me an insight into the little rudder in me. Are you eager to know what happened? Okay, walk with me patiently and I’ll get right to it.

I was in Bayelsa, every normal person in Nigeria would know where that is (or at least know that that’s where the bulk of the oil comes from) even if they’ve never been there. I was visiting with my sister and I had been there for a week with no ‘action’… lol. She was working long hours and adventurous me needed to get a feel of the place. Eventually, we got a native to take me on a boat ride so that I could at least say I saw the rivers in Bayelsa, yaay!!!

Okay, three questions any normal person would want to ask me; 1. Did I know how to swim? 2. Did I know the native guide? 3. Did I know where we were going? The answer to all three questions was no. I don’t need to know a guide very well or where we are going before going on an adventure, do I? That’s why it is called an adventure folks. The only funny part was that I didn’t know the first thing about swimming. I mean, I had tried to hold my breath while submerged in a bathtub for close to ten seconds before… shouldn’t that suffice?

Anyway, finally, we got to the dock (they actually just called it a park) and I paid for a private boat. We kind of like just hired the boat for one hour. I didn’t plan to stay longer than that. My first major challenge was stepping into the boat. I couldn’t figure out why the thing just kept floating on the water. How was anybody supposed to step into something that wasn’t stable? I don’t know how I did it but I finally made it into the boat and sat down. Then we moved. Slowly at first and then a little faster. The guide pointed out landmarks or should I call it watermarks? We saw natives bringing out white sand from the depths of the river. I was really amazed at how some of them could stay for at least two minutes under water without surfacing. The guide told me that some of them could even stay for two hours under the water… hmmm I didn’t bother telling him it wasn’t possible. He really believed what he was saying. He showed me the petrol stations on the river and people doing their traditional oil business in the water (you know what I mean). I also saw company boats belonging to major oil companies transporting their workers, all with their life vests on. I asked my guide why we weren’t wearing any. He laughed and said I didn’t ask and besides it wouldn’t be needed. We weren’t getting deep into the high seas. That was when it happened. The engine of the boat went silent. I tried not to panic. The driver/pilot tried restarting it but it wouldn’t budge. The gasoline had finished. The guide told me not to worry that the driver would get from another boat driver so I should just concentrate on the view. It wasn’t much of a view though, just a couple other boats passing us and men entering the water for white sand. Then I saw it.

I first noticed that the waves in the water were looking heavier than ever. Then there was the low drumming sound and a loud horn. A large vessel was approaching. It was really gigantic and made me think of Titanic (without the love scenes and Celine Dior’s magical voice of course). The waves were practically rocking our small boat to and fro. The guide seemed a bit worried. He said our boat had to be moved out of the way or the waves from the large vessel would make us capsize. That was when I knew I had to make some serious prayers. There was no way I was going to test how many seconds I could last under water in that kind of panic situation. I had to remind myself that I was the Femmetotale.

NB: If you were inspired by this post, don’t just read and smile

4 thoughts on “This Little Rudder in Me”

When the sparks of an old flame are rekindled who will be burnt?

Unauthorized use and/or duplication of works without express permission from this blog’s author is strictly prohibited. Excerpts and links may be used, provided that full and clear credit is given to Femmetotale with appropriate direction to the original content. © Femmetotale 2012-2014
%d bloggers like this: